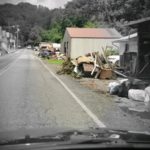 On July 27, devastating floods swept through eastern Kentucky, resulting in a total of 39 deaths and leaving many residents with nothing. First responders, charitable organizations and volunteers from neighboring states entered the impacted area to assist with this disaster. Brenda Racke, Senior Lab Associate at LyondellBasell Cincinnati Technology Center, was one of them. Racke […] 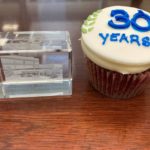 Coming together through a virtual townhall event, the employees of the Cincinnati Technology Center celebrated 30 years with CEO Bob Patel and Ken Lane, executive vice president, Global Olefins & Polyolefins for LyondellBasell.  Employees were treated to pizza, a cupcake and commemorative paperweight.

Working with the Plastics Industry Association, LyondellBasell Cincinnati Technology Center recently piloted paving their parking lot with recycled polyethylene, which was the equivalent of 71,000 plastic retail bags to pave 2,885 square yards of the their onsite parking lot. “We were extremely intrigued by the opportunity to participate and collaborate in this project,” said Chuck […] 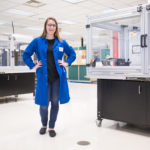 For the last four years, Jessie Cooper a physical testing lab associate at LyondellBasell Cincinnati Technology Center has learned building a team relies on a variety of experiences. As a Northern Kentucky University graduate, Jessie is responsible for a wide range of polymer testing in the lab. “The most challenging and rewarding part of my […] 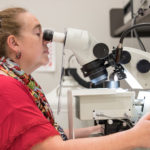 To say Amy Weiskittel is passionate about science is an understatement. Her official title is a research chemist at the LyondellBasell Cincinnati Technology Center, but she references herself as a polymer microscopist in the research and development of polymer characterization. So what does that mean? Breaking it down, Amy is a scientist that uses a […]