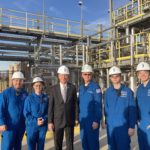 HOUSTON – Feb. 23, 2022 – LyondellBasell and San Jacinto College recently coordinated for U.S. Representative Brian Babin (TX-36) to tour the LyondellBasell Center for Petrochemical, Energy and Technology (CPET) to see firsthand how industry and higher education are collaborating to offer exceptional training programs for students interested in the petrochemical industry. During the tour, […] 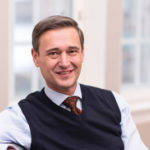 HOUSTON and LONDON – Dec. 13, 2021 – LyondellBasell (NYSE: LYB) today announced that the Board of Directors has appointed Peter Vanacker, President and CEO of Neste Corporation, as its new Chief Executive Officer. Mr. Vanacker succeeds Bhavesh V. “Bob” Patel, who will retire from the Company on December 31, 2021, as previously announced. Mr. Vanacker will […]

HOUSTON and ROTTERDAM, The Netherlands – June 8, 2021 – LyondellBasell (NYSE: LYB) today announced the publication of its 2020 sustainability report. The report highlights the company’s efforts in the areas of ending plastic waste in the environment, helping to address climate change and supporting a thriving society. “Despite the challenges of 2020, our team made meaningful progress […] 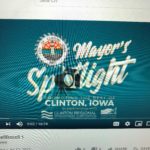 Working with the City of Clinton, LyondellBasell Clinton Plant was recently asked to participate in the Mayor’s Spotlight, a YouTube show featuring Clinton Mayor Scott Maddasion. Site Leadership highlighted LyondellBasell effort around sustainability, Clinton’s approach to community outreach and provided an overall view of the end-use products Clinton supplies to customers. LyondellBasell was honored to […] 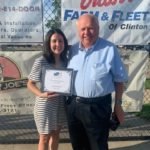 The Clinton Chamber of Commerce recently recognized the Clinton Plant with a Distinguished Business of the Year Award in honor of all the community relations advancements the plant contributes. The below talking points were created by the Clinton Chamber when recognizing LyondellBasell during the event: During pandemic contributed $50k to a local food pantry Donated […]