What measures have we taken so far?
In June 2015 LyondellBasell started remedial measures in coordination with the responsible authorities and independent experts. In the meantime, an extensive network of measuring points for monitoring the groundwater has been set up. Naphtha phase and naphtha plume 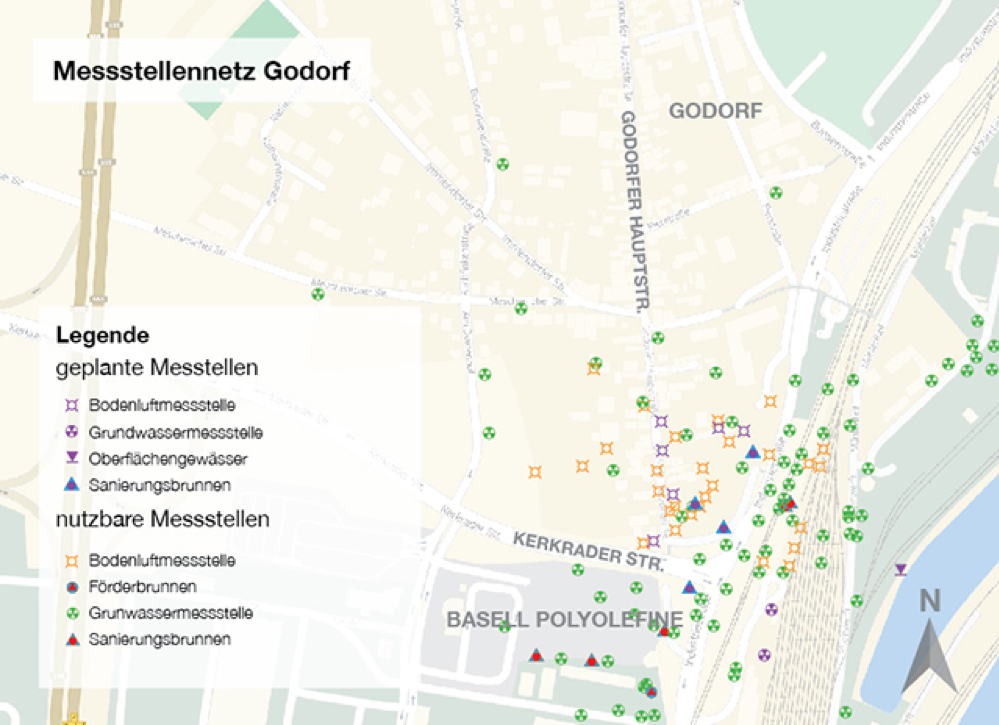 At several of the measuring points, raw gasoline (naphtha phase) floating on the groundwater is skimmed off by pumps. The naphtha components (naphtha plume) dissolved in the groundwater are pumped from several rehabilitation wells and then cleaned in a new groundwater purification system located on our factory premises. This has been in operation since the beginning of November 2016 and purifies the water using the desorption process (groundwater purification using the air countercurrent process). Before this plant was put into operation, the groundwater was cleaned with the help of activated carbon units.
The rehabilitation wells are used to control the groundwater runoff and to optimize phase creation through lowering funnels. The pumps help lower the groundwater level in order to release and optimally skim off the naphtha phase, which is flooded when the water level in the pore space is high. This means that the volatile components of naphtha also escape into the soil air. These can be extracted and processed in this way. The soil air … is sucked out in several places by negative pressure. The air is then cleaned using catalytic oxidation or an incinerator. 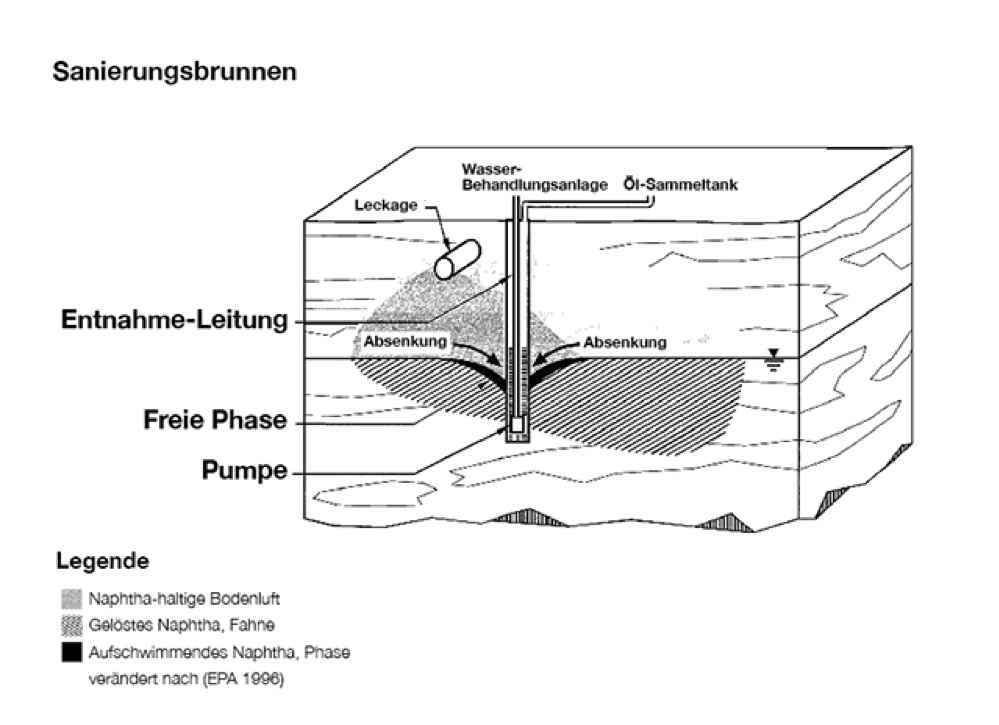 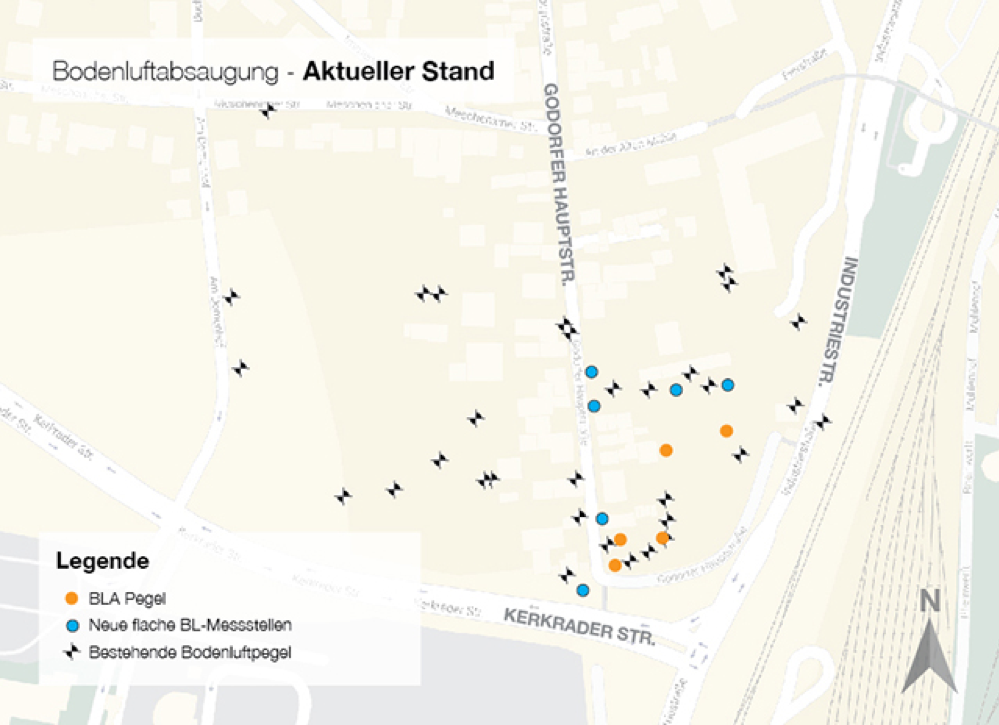 The effects on the indoor air and the garden fountains
In coordination with the independent experts and the health department of the City of Cologne, an indoor air analysis concept was drawn up for the houses in the affected area. For this purpose, we asked the residents concerned to be able to carry out room air measurements in their basement rooms as a precaution. The results of the examinations were evaluated by the health department and communicated to the residents. These measurements were voluntary and free of charge for the residents. So far 32 households have been checked.
In one house, increased air concentrations were measured, which can be attributed to the naphtha damage. LyondellBasell initiated investigations and countermeasures there in early 2016 in cooperation with the homeowners, independent experts and the responsible authorities. The air there continues to be checked regularly to ensure that there is no risk to the residents.
In the current evaluations of the soil air, no abnormal values ​​were found. The independent experts and authorities assume that the measures taken will not endanger residents in the future either. A monitoring plan coordinated with the authorities ensures this.
The Environment and Consumer Protection Office of the City of Cologne has asked the residents not to use the water in the garden fountains until further notice and to be allowed to carry out investigations into the well water. This is a precautionary measure. The measurements are free of charge for the owners of the wells. The city of Cologne will inform the residents of the measurement results.